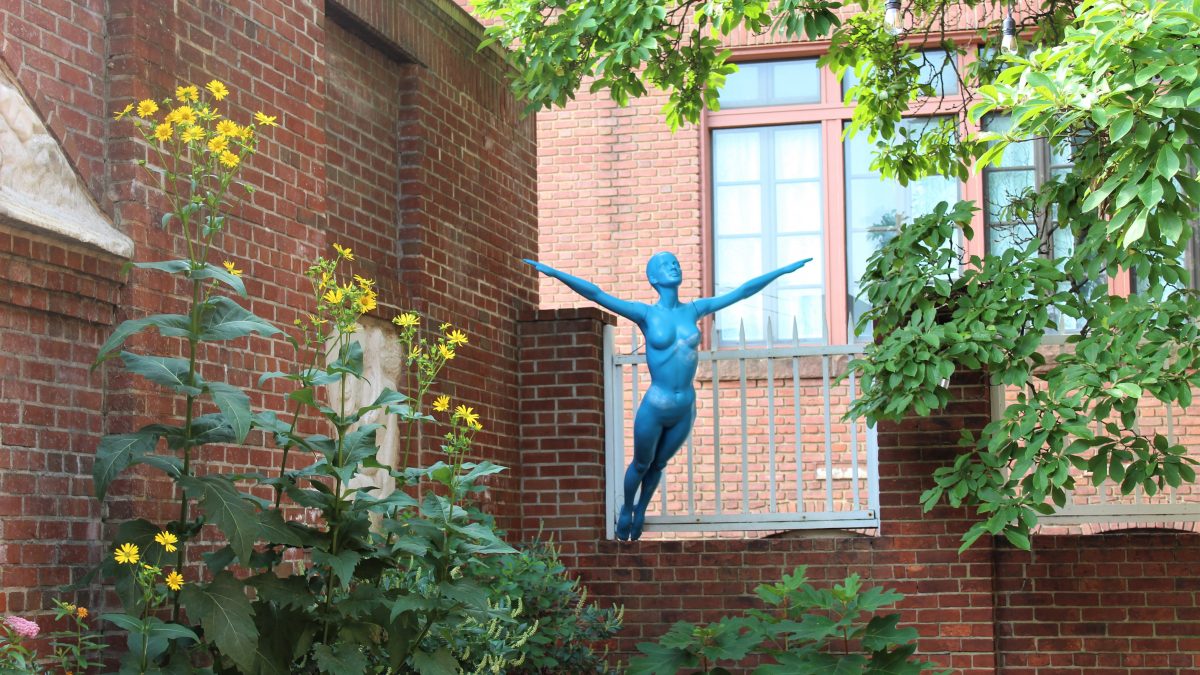 A Green Grant from BGE will help the nation’s oldest museum reach out to nature and neighborhoods by adding gardens and greenery to Watchhouse Alley.

Inspired by the creativity of a 19th Century family, The Peale Center for Baltimore History and Architecture celebrates the stories of Baltimore’s rich past and its people and places today.

Rembrandt Peale was destined to be an artist, as were his siblings, with names like Reubens, Angelica and Titian. In 1914, Rembrandt founded the Peale Museum – the first purpose-built museum in the U.S, which now houses The Peale Center.

The Peale family’s talents weren’t limited to painting. Family members were naturalists, as well as artists. And Rembrandt introduced gas light to Baltimore, manufacturing gas on the museum grounds. This new fuel allowed him to illuminate the building and its artworks – and the lighting itself became an attraction. In 1816, he and his business partners were awarded the contract to provide gas streetlights throughout Baltimore City, making “light city” the first in the U.S. to adopt the new technology. (Today the Baltimore Gas and Light Company Peale founded is called BGE.)

After years of neglect, the building and its history were reclaimed through the establishment of a non-profit. With the exterior of the building now renovated, the Peale is planning to extend its Pollinator Garden (restored thanks to a BGE Green Grant in 2018) to the adjacent “Watchhouse Alley.”

Nancy Proctor, the center’s executive director, said the “greening of Watchhouse Alley” will serve many valuable functions. The alley, which runs on two sides of the museum, is named after a 19th century structure used to watch for fires nearby.

The project will create:

BGE has been contributing to the Peale Center annually since 2015, when it donated $225,000 to the building’s capital campaign. In 2019, BGE committed $5,000 for the greening of Watchhouse Alley.

The Peale Center welcomes your support and involvement. Learn how you can volunteer, contribute or get regular updates about the center from the Peale Center for Baltimore History and Architecture website. Please note that the interior of the Peale Center is currently undergoing extensive renovations, necessitating its temporary closure; programming is currently offered out of Baltimore’s Carroll Mansion.

Now in its seventh year, the annual BGE Green Grants program has benefited hundreds of innovative community projects with more than $2 million in charitable giving from BGE. Grants range from $500 to $10,000. Organizations that receive a Green Grant are located in BGE’s geographic service area and use their award for a project that falls into at least one of BGE’s environmental focus areas: conservation, education, energy efficiency, pollution prevention, and community engagement. Prospective grant recipients must be 501(c)(3) non-profits with a board of directors and must meet additional criteria to be eligible.

Frontlines: How BGE Keeps the birds and bees happy with Integrated Vegetation Management

Osprey are a Chesapeake Bay region crown jewels – and their return each March from breeding season causes nature lovers to gaze skyward.