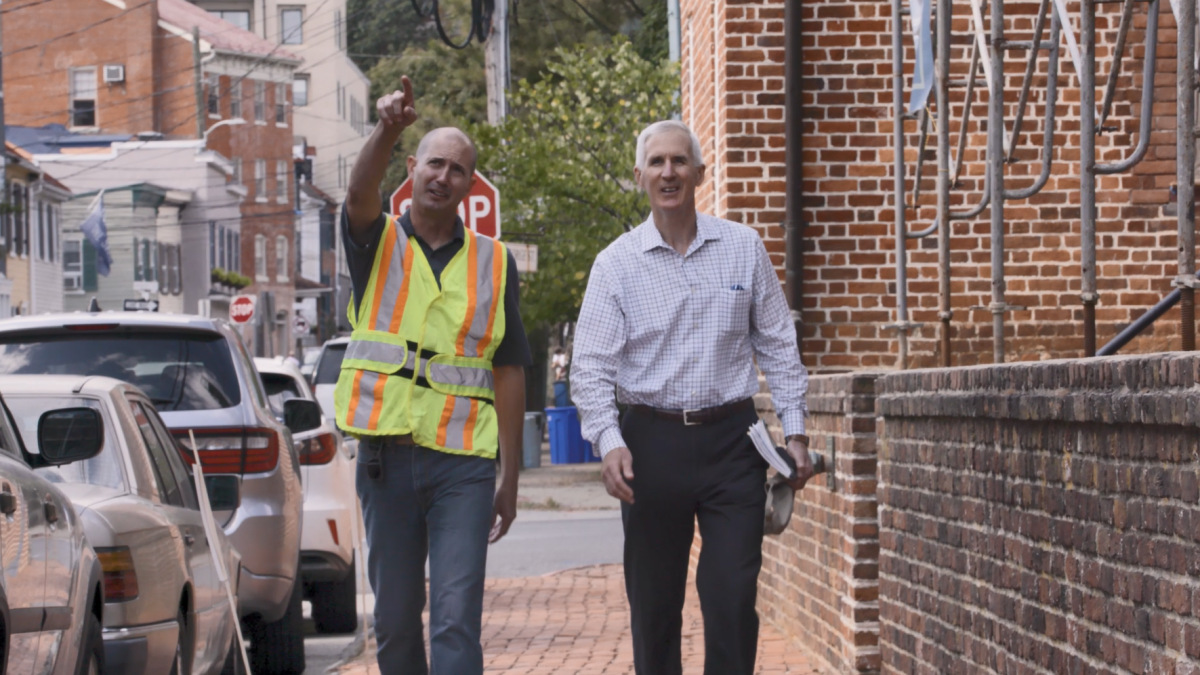 LED street lights are more efficient than older lights – cities that use them can save money and reduce emissions. BGE has partnered with multiple jurisdictions to bring the technology online.

BGE and Baltimore City announced a major milestone in the Bmore Bright program, the city’s initiative to improve lighting in local neighborhoods.  In a collaborative effort between BGE and the City of Baltimore, most of the city’s 77,000 streetlights have been converted to LEDs (light emitting diodes), which last longer, cost less to operate and use less electricity. These lights are also brighter and more targeted than older, traditional lights.

LED streetlights are foundational to smart lighting technology because they enable other features including remote dimming and traffic control making cities and towns safer, brighter and more welcoming.

A similar project is also underway in Annapolis where BGE worked closely with Mayor Gavin Buckley to enhance streetlights on West Street.

This video shows the future of lighting and the possibilities afforded by new street light technology.

Energy Savings Day: Behind the scenes with the BGE Behavioral Demand Response teams