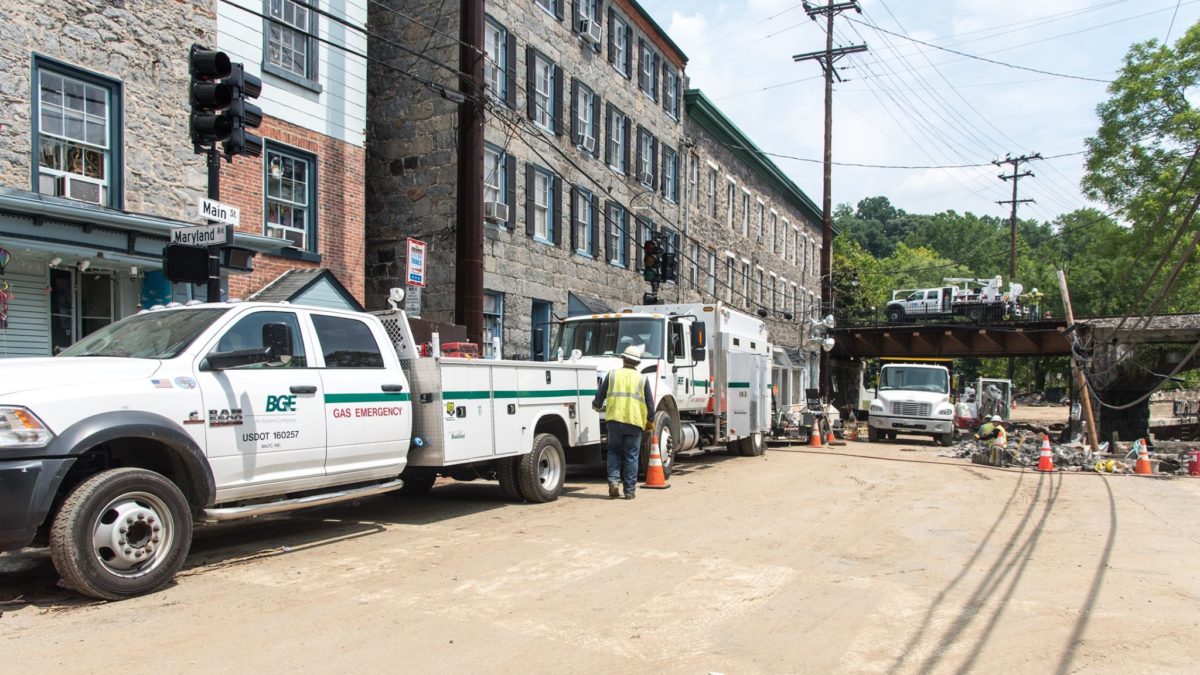 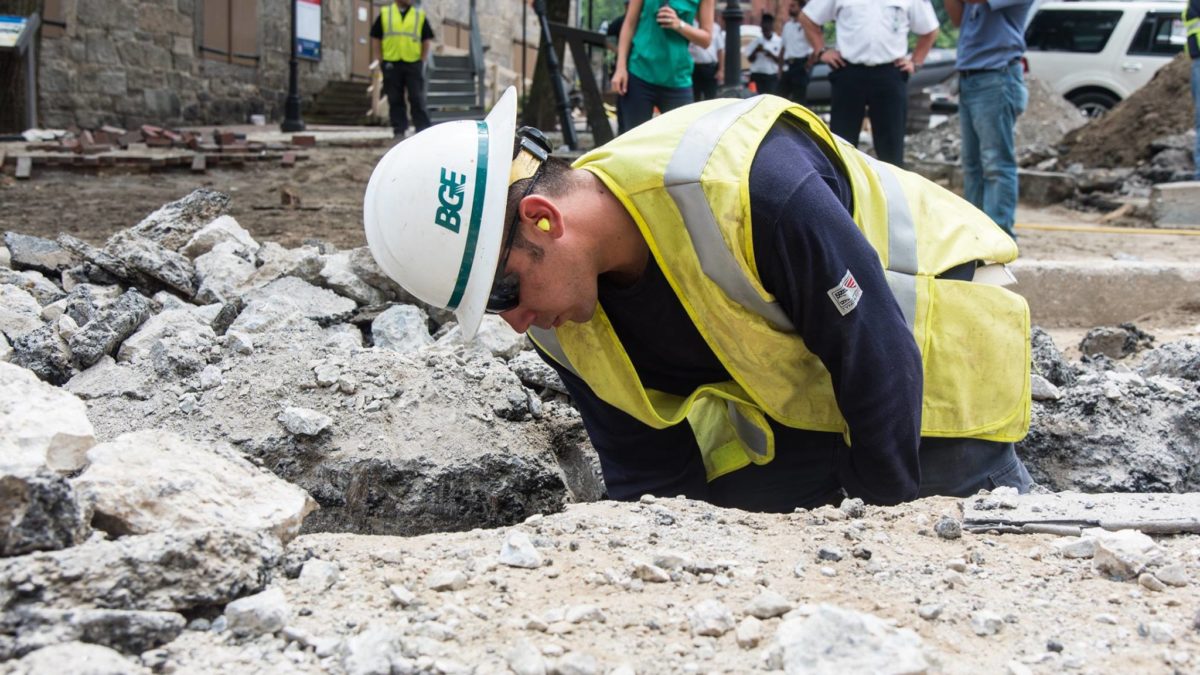 For the second time in three years, BGE gas and electric crews sprang into action to ensure customers in Ellicott City were safe after nearly 10 inches of rain fell in just a few hours.

Our employees on the ground worked on the response directly by participating in the restoration efforts and coordinating the response with local officials in Howard County.

Crews restored gas and electric service to the more than 13,000 customers impacted by Sunday’s severe weather. Some sections of gas and electric systems in the most heavily damaged areas of Main Street in Ellicott City will remain turned off as a safety precaution. Gas service has been restored to 92 percent of gas mains and some of the primary power lines serving the area have been re-energized.

“We worked to restore gas and electric service in Ellicott City where it was safe to do so, and we want our customers to know that we remain committed to working with them during this difficult time,” said Rodney Oddoye, vice president of customer operations and chief customer officer for BGE.

In addition to the restoration efforts of crews, we joined Exelon and Constellation to collectively contribute $25,000 to support the Howard Community Relief Fund and the Community Action Council of Howard County, both of which are engaged in local response efforts.

BGE crews restored power to more than 11,000 customers in Puerto Rico, safely installing 376 poles and more than 108 miles of conductor.

Power Outage: After the Storm

Who gets restored first when the power goes out?

Wires Fall on Your Car… What Do You Do?

How to stay safe if electric wires contact your car.