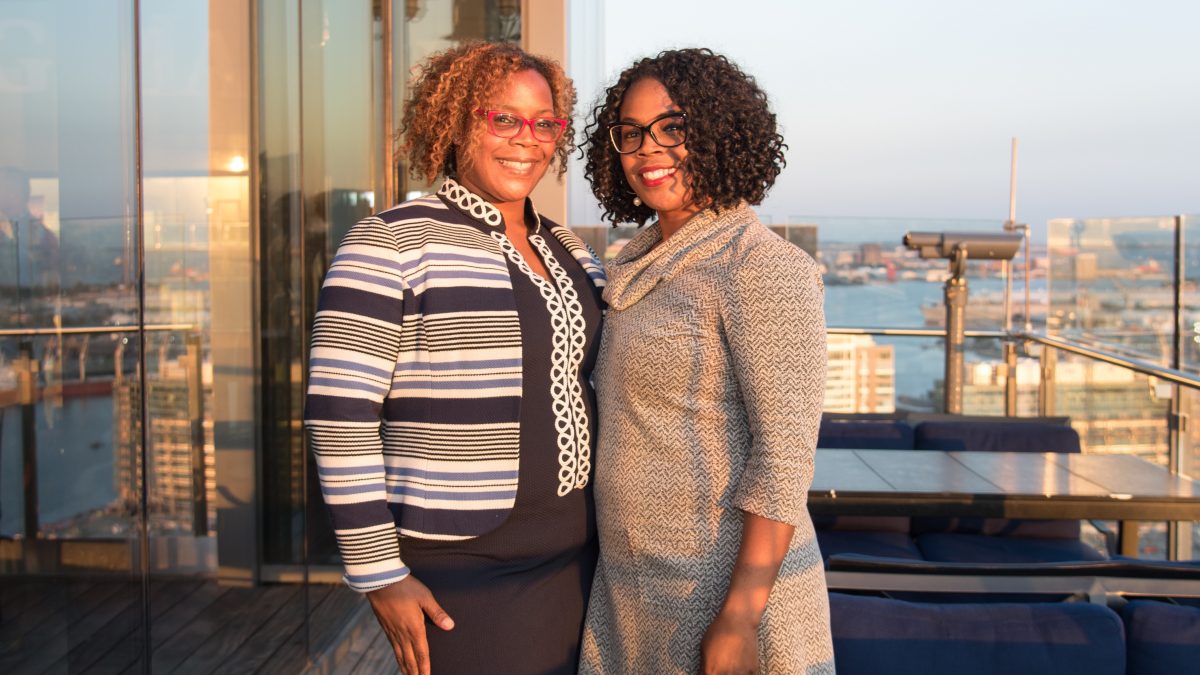 Dawn and Amber are responsible for managing electrical distribution for two major utilities in the mid-Atlantic. This is their story.

Diversity and Inclusion Crew and Culture

Twin sisters Dawn White and Amber Young spent the first 22 years of their lives together. After spending nearly two decades side by side, you might think they’d end up in different places after both graduating from the University of Delaware with Electrical Engineering degrees. Think again.

White is the director of Distribution System Operations (DSO) for BGE, where she manages hundreds of employees and technical systems that work in tandem to ensure safe, reliable delivery of energy to nearly 1.3 million electric customers in Central Maryland.

In school, they were both drawn to the magnet program for math and science and pushed each other to succeed in those subjects. They attended various programs to hone their STEM skills, including a summer stint at NASA in high school.

After graduating from college in 2003, they intentionally applied to different companies and landed in two different states.

“It was time for a break after being together so long,” explained Young. “We never dreamed that one day we’d both be part of the Exelon family of companies,” said Young.

Young started her career at a nuclear power plant of a neighboring energy company, and joined Delmarva Power in 2005, moving through the engineering ranks.

White worked for a smaller company right out of college. She started at BGE in 2005, within weeks of Young’s hire at Delmarva Power, and at the time, neither company was yet part of Exelon. Like her sister, White moved through the engineering ranks at BGE and has held six different leadership positions in various operational groups. BGE joined Exelon in 2012; Delmarva Power and PHI became a part of the Exelon family in 2016 and both White and Young found themselves working for the same company.

While working their way up the corporate ladder, the two women earned their MBAs and each had two children. Young received her MBA in 2011 from the University of Delaware and White earned her MBA from Loyola University Maryland in 2012.

They are both impressed with their companies’ involvement in STEM programs for school kids. “The earlier, the better, to get girls involved and teach them skills. Elementary school is not too soon,” advised White.

Breaking through barriers is a specialty for these twins. White was the second woman and only minority woman to ever lead a service center at BGE. “You have to prove yourself every day as a minority woman in a non-traditional role. But, the sense of accomplishment is worth it,” White explained.

Both women agree that the support of their mentors, coworkers, and family is integral to their success. As a result, Young was recommended for the Black Achievers program with the city of Wilmington based on her Delmarva Power job performance. Then in 2016, she was nominated to attend Leadership Delaware. White graduated from Leadership Baltimore County in June 2019. White and Young were both nominated to attend an Odyssey conference for professional and personal development of minority women, as well as many other professional development conferences and seminars.

Their advice? “Never give up. Don’t get discouraged. There may always be bumps in the road but keep going. You can do anything.”

Diversity and Inclusion Crew and Culture

BGE’s Bright Ideas Teacher Grants helps students grow their STEM skills… “once they have done a real world project in high school, in college they just say ‘I’ve got this.’”

“It is really important to focus on science and math and engineering because you can really change the world that way.”