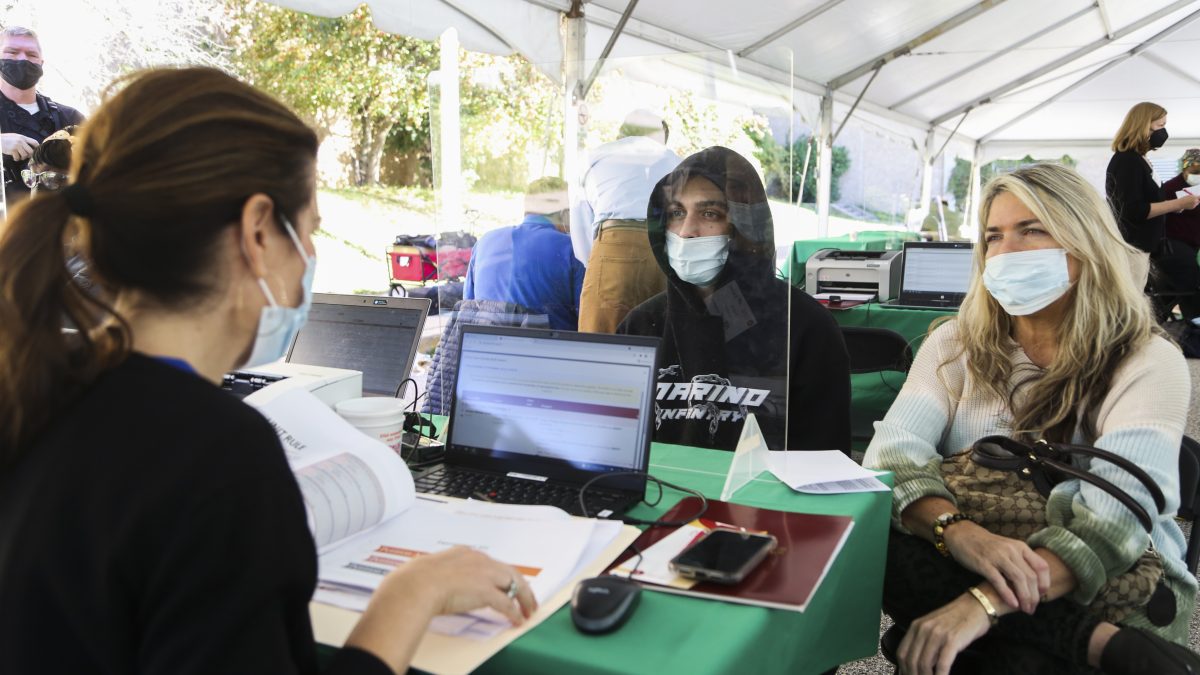 People often give advice freely—even if unsolicited. But the advice given by legal professionals to nearly 150 folks at a pro bono Expungement Clinic on Oct. 20 was sought after and invaluable.

Expunging a criminal record can be the fresh start needed to earn a living wage and ensure housing stability, and often this service is more readily available to people who have the financial means and more access to attorneys.

About 40 BGE, Constellation and Exelon employees, 20 of whom are attorneys, joined Maryland Legal Aid volunteers, independent attorneys and the Mayor’s Office of Homeless Services to help those in need to expunge criminal charges on their records.

Assistant General Counsel Dan Hurson felt strongly about participating in the clinic. “I’ve seen firsthand how criminal records impact lives years after probation has been served or jail time has been completed. These records can sometimes prevent people from getting a job or accessing certain public services.”

Gayle Littleton, Exelon Executive Vice President and General Counsel, assisted a mother and son pair. Nicholas was charged with drug-and firearm-related offenses when he was a minor. He wasn’t convicted until he turned 18. He’s now 23. Nicholas can’t get a job or sign a lease, and he and his mother are on a quest to remove the charges.

“We were given the advice we needed,” said Andrea, Nicholas’ mother. “For that, we are truly grateful.” Added Nicholas, “It’s really nice that they are doing this for people like me.”

Hurson summed it up. “A lot of people want a new chapter. They want to start over. This is an opportunity to do just that—to turn the page and get on with their lives.”

Legal and bilingual staff from Exelon, BGE, and Constellation volunteer their time to make vital legal services accessible to vulnerable members of the Baltimore community. Christia Ravenell, assistant general counsel at BGE, reflects on her experience.