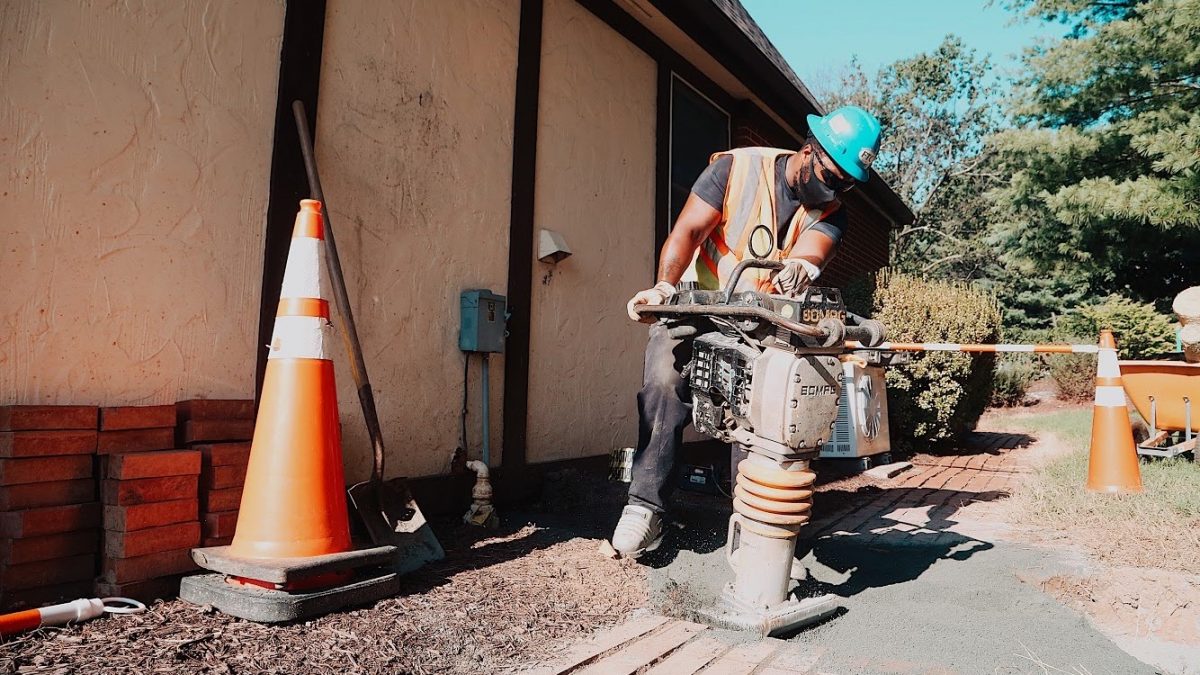 Jeff Ferguson is president of a family-owned business started by his father and his uncle in 1966. So, he and his cousins who run Ferguson Trenching today feel as proud of their business as they do about their family.

They take a hands-on approach to ensure that every job meets the highest quality standards. They are passionate about protecting the safety of their 220 employees and the communities that rely on their utility installations.

This sense of pride and obligation led Ferguson Trenching to team up with BGE and Civic Works, a non-profit offering workplace training for Maryland residents who may otherwise be locked out of family-wage jobs.

Ferguson Trenching specializes in underground utility projects. Companies like BGE as well as local governments throughout much of Maryland look to Ferguson for installation of power lines as well as natural gas, water and sewer pipelines and associated structures.

It’s a highly specialized construction area, and one that is essential to meet the growing demand for energy in BGE’s service area. Since the economy went into post-recession overdrive, builders of homes, commercial buildings and industrial parks have been eager to make up for lost time. BGE relies on contractors like Ferguson Trenching to meet the tight timelines of builders and developers.

Larry Burley of BGE said, “Ferguson has added employees to make sure we could get power and natural gas to new buildings within a 10- to 15-day period. When construction was at its peak before the COVID outbreak, they were staffed up enough for us to get the work done in a seven-day window.”

Always on the lookout for skilled employees

A common obstacle in the construction industry is finding skilled workers to step into entry-level positions. As lifelong employees reach retirement age, utilities and contractors have been challenged to find replacements who are interested in the energy business and who have the basic skills to do so.

Most schools don’t have any energy-related curricula, and utility careers simply aren’t on the radar screen of most teenagers.

Jeff’s company spends a lot of time visiting schools and career fairs to alert students to the great opportunities in the energy industry. Sometimes, he said, it’s difficult to overcome the inclination of teachers and guidance counselors who want to direct high schoolers toward college, rather than the trades.

“I tell them that students can avoid the debt of college and instead, begin a well-paying career that promises raises and promotions, as well as skill development and job satisfaction.” But it’s often a hard sell.

Like Ferguson, BGE is always looking for opportunities to recruit and train skilled employees. When the utility initiated a partnership with Civic Works to develop a program for utility careers, BGE invited Ferguson Trenching to participate.

“Once we started talking to the staff at Civic Works,” Jeff said, “we knew it would be a good fit. And we could see that the candidates signing up for the program were people who wanted to make real changes in their lives.”

Jeff said, “I like the opportunity to give back to our community, and I know that people can make a good living in utility construction.” So, Ferguson Trenching became partners in the training program.

Because natural gas installation requires extensive knowledge of safety precautions and practices, Ferguson Trenching has established its own training facility. Ferguson provides training for its own employees there, as well as for those who work for other contractors.

So, Jeff said, “We started sending trainers from our own facility to Civic Works for a few days during each training session to prepare participants for specific BGE requirements.”

The Ferguson team has been impressed with the trainees graduating from Civic Works, hiring eight candidates from the first two classes with five still working for the company.

“I am really impressed with the program,” Jeff said. “The staff is a pleasure to work with. And not only did we find some really fine people to come work for us, we think it’s great that because of Civic Works, many in our community have been given a second chance to succeed.”

What COVID-19 means to construction jobs and trainers

Everything’s changed, even in the construction business, which has been declared essential and has remained in operation throughout the COVID-19 pandemic. Ferguson Trenching is working aggressively to protect employees from illness through this challenging period. The company:

Civic Works had completed all but two weeks of its third utility construction training session when the organization switched to remote operations. However, Eli Allen, the program’s director, said, “As the trainees had already completed the core curriculum, we were able to expedite the completion of the training, and we placed all the graduates from that cohort in employment.”

Rickey McCarter’s journey to clear the next hurdle